The starting point of Tereos was the creation of a cooperative distillery by a group of farmers at Origny, in the Aisne department of northern France. The factory processed 400 tonnes of sugar beet per day. 88 years later, the Group has become the world’s second largest sugar producer.

Birth of a cooperative

In 1932, the Origny cooperative distillery was founded in the Aisne department of northern France by a number of farmers under the leadership of Paul Cavenne. The factory processed 400 tonnes of sugar beet per day. About twenty years later, Jean Duval, managing director of the cooperative, converted the distillery into a sugar factory, which was able to process 900 tonnes of sugar per day. A distillery is inaugurated in Morains (Marne, Eastern France) to respond to growing needs in alcohol.

In the 1990s, the Origny cooperative merged with that of Vic-sur-Aisne, which operate a sugar plant that handled 5,500 tonnes of sugar beet per day. The new entity was named SDA (Sucreries et Distilleries de l’Aisne). A year later, it acquired the Berneuil sugar factory in south-western France.

The acquisition of the leading French sugar producer, Béghin-Say, in 2002 marked a turning-point. The combination of the two companies made the new cooperative group a French market leader with 9,500 cooperative growers. Tereos was born.

2016 saw the Connantre sugar beet cooperative (Tereos Group) join forces with the cooperative, APM Déshy, allowing Tereos to expand its business into alfalfa processing, with four dehydration plants in north-eastern France (in Anglure, Aulnay-aux-Planches, Montépreux and Pleurs).  This loves brings a complementary know-how in the field of animal feed, which is a key outcome for agricultural raw material within a local loop approach.

Tereos SCA was created in 2018. The 12,000 cooperative grows now all belong to a single cooperative. This simplified, modernised organisation will strengthen the efficiency of the cooperative group and its ability to respond to changes in its environment. 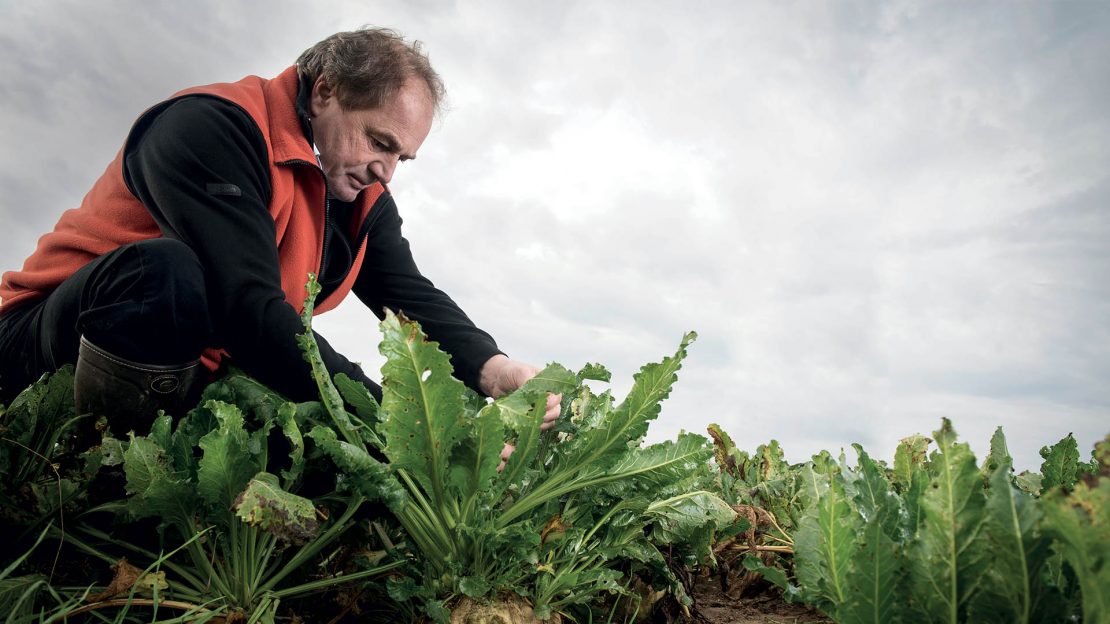 In 1992, Tereos established itself in the Czech Republic with the acquisition of TTD, giving itself the means to manufacture and market sugar in Central Europe.

At the turn of the new century, the Group invested in the transformation of sugar cane. It took up a position in Brazil, which was then the world’s leading country for producing sugar and alcohol, through a partnership agreement with the Cosan group, the leading Brazilian sugar producer.

In 2002, the Group also acquired Guarani, a company composed of two manufacturing plants located in the State of São Paulo .  These are the first steps of a division that has since become a major regional leader.

In 2007, Tereos acquired a foothold in Mozambique, acquiring one of the country’s four sugar factories, in Marromeu.

In parallel, Tereos teams achieve to double the capacities of its existing facilities in Brazil and acquire new capacities in São José, Tanabi and Andrade. In 2007, Guarani was listed on the São Paulo stock market.

Through the acquisition of the Ludus sugar factory in 2012, the Group moved into Romania, a region with a poor sugar supply.

In 2015, the Group purchased the British sugar distributor, Napier Brown, number 3 on the UK market. This strengthened its positions in Europe and the United Kingdom.

Tereos also acquired Transmara Sugar Limited (TSCL) in Kenya, in conjunction with its Mauritian partner, Alteo. The Group is building up its presence in East Africa.

In 2010, the creation of Tereos Internacional saw an expansion of the São Paulo stock market, which as well as sugar cane operations in Brazil now also included cane sugar production in the Indian Ocean and cereal processing businesses.

Tereos also signed a strategic partnership agreement with Petrobras, the leading Brazilian petroleum group, and Tereos’ sugar cane processing subsidiary in Brazil, Guarani. The Group purchased the Vertente and Mandu factories in Brazil, and through its subsidiary, Guarani, it became the 3rd largest Brazilian sugar cane processor (sugar and ethanol).

In this context, Tereos confirmed its pioneer role in renewable energies. In 2011, the Group embarked on an investment plan to develop production and cogeneration in Brazil with the support of the National Investment Bank of Brazil (BNDES). Two years later, the first anaerobic digestion unit in the world using only beet vinasses was set up on the site of the Artenay sugar factory and distillery in France.

In 2014, Tereos demonstrated its ambition to become one of the global leaders in the international distribution of white sugar with the creation of Tereos Commodities, a subsidiary specialised in trading and merchandising. As of 2016, Tereos expanded the activities of Tereos Commodities to include ethanol.

In 2016, the Group bought out Petrobras’ stake in Guarani, becoming the sole shareholder and the 3rd leading player in the Brazilian sugar market.

2018 was marked by the investment of Tereos and VLI (Brazilian partner) in logistics infrastructure. Objective: to design integrated logistics for the export of sugar meeting a dual ambition of sustainability and efficiency.

In 2019, Tereos reached an important milestone in its European organization by founding its Europe Campus near Charles De Gaulle airport, in France. This site, which hosts 500 employees from the Group’s European Operations, has the ambition to work in a more collaborative and cross-disciplinary manner as a team leverage business complementarities. 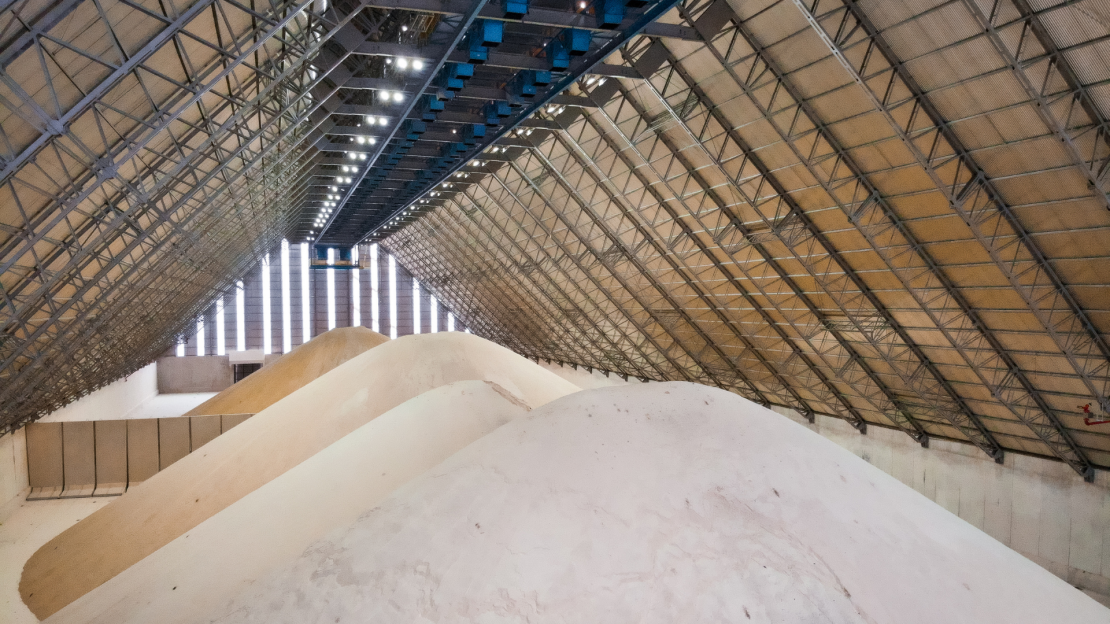 The Group made its first investment in processing cereals in 1993, when it set up a wheat ethanol production unit at Origny. A decade later, another wheat ethanol unit was built at Lillebonne, close to the Rouen grain port. Manufacturing at Lillebonne was later expanded to include food production (gluten and dextrose).

But it is the partnership signed in 1996 with the Swiss Jungbunzlauer, based in Marckolsheim, Alsace, which marks the first steps in a new market, that of sweeteners made from cereals. To do this, a JV, Staral, was created to operate the two activities of the Marckolsheim site, a starch plant and a hydrolyzate manufacturing workshop.

In 2007, in partnership with cereal cooperatives, Tereos acquired five starch and glucose production facilities from the Tate & Lyle group in Western Europe and became the 3rd largest European starch producer. Tereos subsequently signed a commercial and industrial agreement with the Spanish cooperative, Acor.

In 2011, Tereos acquired Halotek in Brazil, a company specialised in transforming cassava into starch, as well as the Haussimont plant in France, specialised in processing starch-potatoes. These investments enabled the Group to develop its product offer in starch to repsond to diversifying markets needs.

In 2012, Tereos took its development in the starch sector further, moving this business into China with a view to developing the production of starch products in a plant located in Dongguan. A partnership agreement was signed with Wilmar, the leading agri-foods group in Asia.

The Palmital corn starch plant in Brazil began operating in 2013.

Tereos pressed ahead with its international growth with Tieling, its second starch plant in China, before moving into Indonesia, the strongest economy in South-East Asia, through the acquisition of a 50% stake in Redwood, the country’s only corn starch producer.

On 18 December 2020, the Tereos Supervisory Board elected its new Chairman, Gérard Clay, who, in turn, appointed Philippe de Raynal as Chairman of the Management Board. When the cooperative’s annual results were announced in June 2021, the new management team presented its strategic plan for 2024. In particular, this plan covers the challenges of remaining competitive, decarbonizing the Group’s activities and adapting to changes in the markets.